Personal Delivery Devices (“PDD”) have been given the green light to operate state-wide in Virginia. SB1207, patroned by Senator Bill DeSteph, and HB2016, patroned by Delegate Ronald Villanueva, have passed the Virginia legislature, and SB1207 was approved by the Governor on February 24, 2017. The legislation, which becomes effective July 1, 2017, permits the use of Starship’s Personal Delivery Devices in the Commonwealth of Virginia and marks the first official state-wide approval of the use of PDDs on sidewalks, shared-use paths, and crosswalks in the United States.

“I was honored to carry this important legislation and I am proud that Virginia is the first state in the nation to approve the state-wide use of these autonomous delivery robots,” says Senator DeSteph.  “Passage of the legislation demonstrates Virginia’s continuing commitment to the unmanned industry and demonstrates that the Commonwealth is open to growing this market in Virginia.”

The PDD’s, which  travel on sidewalks delivering parcels, groceries and food within a 2 mile radius, reduce congestion and pollution in cities and neighbourhoods, while increasing convenience and reducing cost for customers and businesses alike.

“Making Virginia the first state to pass the legislation has been a joint effort, says Delegate Villanueva.  “We worked closely with all interested stakeholders to make this happen, and as Chair of the House Transportation Committee, I am committed to identifying opportunities such as this that will advance Virginia’s support of the transportation and technology sectors.”

“The Commonwealth sent an unmistakeable message that it embraces innovation and technology” said Ahti Heinla, Chief Executive Officer, Starship Technologies.  “I applaud the McAuliffe Administration, Senator DeSteph and Chairman Villanueva for their leadership in making this happen and we look forward to making deliveries a little easier for the citizens of the Commonwealth of Virginia.”

Starship Technologies is building a fleet of robots designed to deliver goods locally in 15-30 minutes. The robots have travelled tens of thousands of miles, met millions of people and have been tested in over 50 cities around the world to date. They drive autonomously but are monitored by humans who can take over control at any time. Launched in July 2014, by two Skype co-founders, Ahti Heinla and Janus Friis, Starship is changing the way parcels, groceries and food are delivered.

Starship Technologies is building a fleet of autonomous robots designed to deliver goods locally in 15-30 minutes within a 2 mile radius. The robots drive autonomously but are monitored by humans who can take over control at any time. Launched in July 2014, by two Skype co-founders, Ahti Heinla and Janus Friis, Starship is changing the way parcels, groceries and food are delivered.

TO KEEP UP TO DATE WITH STARSHIP TECHNOLOGIES RELATED NEWS,IMAGES AND VIDEO – SIGN UP AND DOWNLOAD AT: 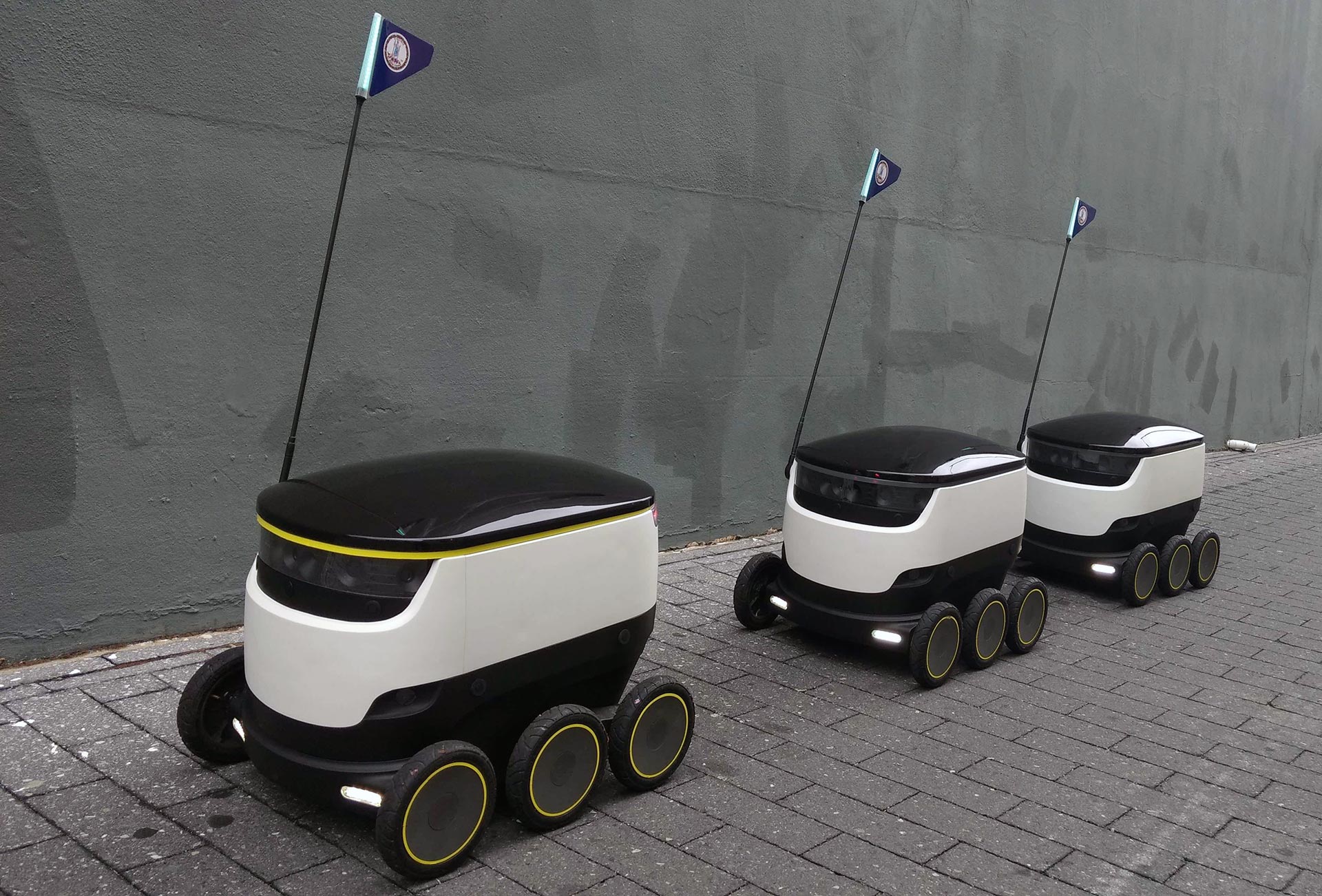 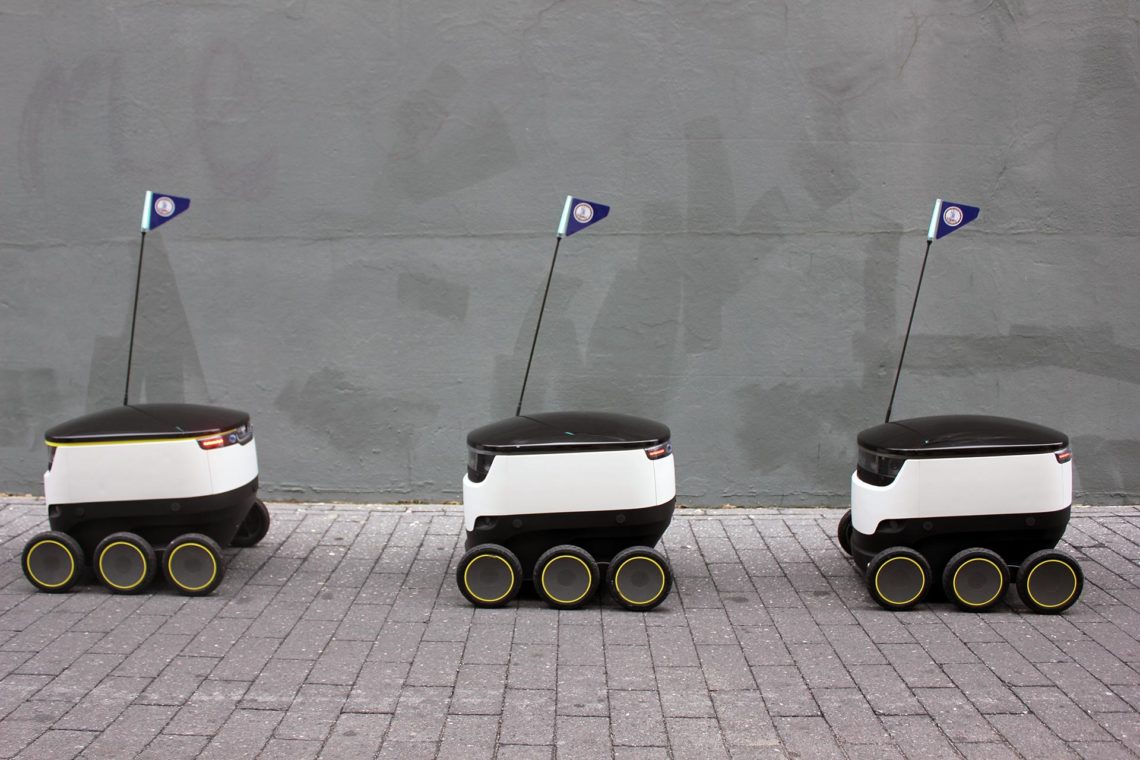 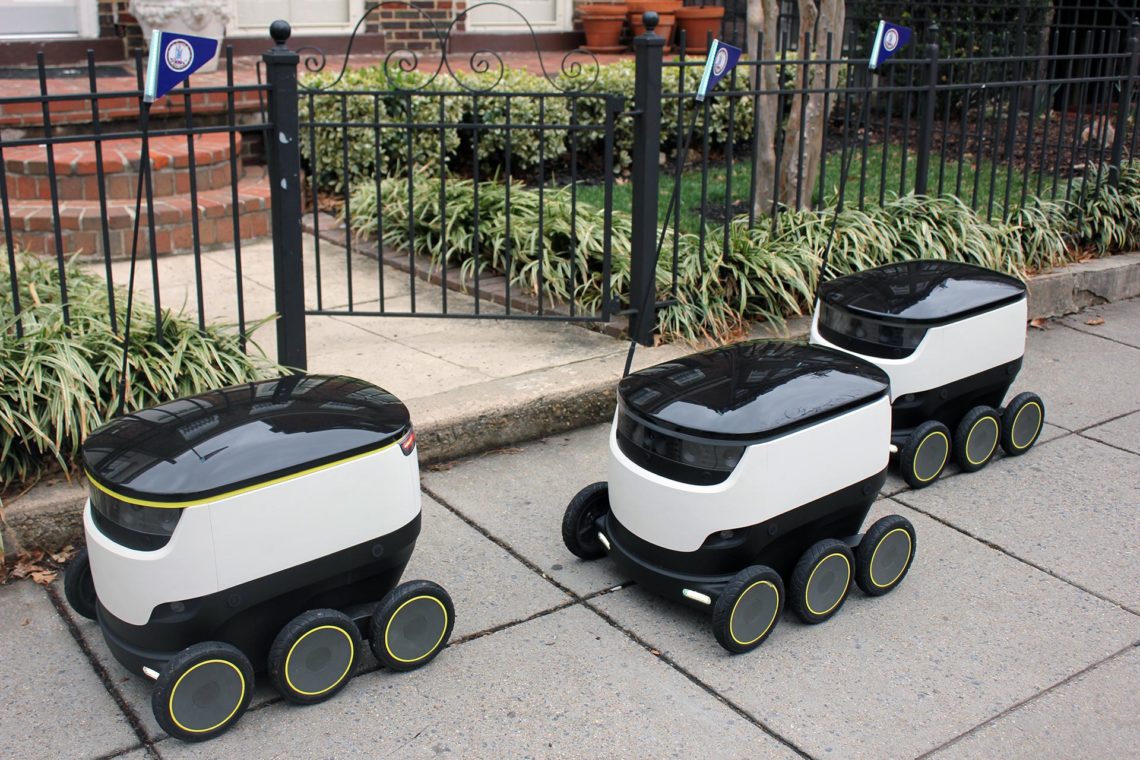