Starship Technologies, the company building a fleet of autonomous robots designed to deliver goods locally, today announced the launch of pizza deliveries in co-operation with Domino’s Pizza Enterprises (Domino’s), a global leader in the pizza industry. Domino’s is running the project under the framework of DRU (Domino’s Robotic Unit), an initiative using robot and drone technologies for delivery.

Starship robots will start delivering pizzas within a 1 mile radius around Domino’s stores in selected German and Dutch cities.

Domino’s Pizza Enterprises is the largest franchisee of the Domino’s Pizza brand in the world, completing hundreds of thousands of deliveries every day from more than 2000 stores across the Company’s seven markets. Domino’s Robotic Unit (DRU) will oversee the partnership, after testing both ground and air based delivery solutions in 2016.

“We’re shared in our vision with Domino’s to constantly improve convenience for the customer.” Said Ahti Heinla, Chief Executive Officer, Starship Technologies. “Not only is Domino’s pizza delicious, but the perfect topping is giving back the luxury of time and control to the customer, and our robots are best placed to offer this.”

Don Meij, Domino’s Group CEO and Managing Director, said the partnership between the Company and Starship Technologies was an important next step in bringing robot pizza deliveries to reality.

“We are a global company and we are eager to progress innovative technology in all of the countries in which we operate – we are very excited to be partnering with Starship as it brings regular deliveries by robot one step closer to commercial operations.

“Robotic delivery units will complement our existing delivery methods, including cars, scooters and e-bikes, ensuring our customers can get the hottest, freshest-made pizza delivered directly to them, wherever they are.

“With our growth plans over the next five to 10 years, we simply won’t have enough delivery drivers if we do not look to add to our fleet through initiatives such as this.

Starship recently announced $17.2 million (€16.5 mil.) in seed funding, led by Mercedes-Benz Vans. The funding accelerates the development of pilot programs in Europe and the US.

Starship Technologies is building a fleet of autonomous robots designed to deliver goods locally in 15-30 minutes within a 2 mile radius. The robots drive autonomously but are monitored by humans who can take over control at any time. Launched in July 2014, by two Skype co-founders, Ahti Heinla and Janus Friis, Starship is changing the way parcels, groceries and food are delivered.

Domino’s Pizza Enterprises is the master franchisor for the Domino’s Pizza brand in Australia, New Zealand, France, Belgium, The Netherlands, Japan and Germany. Across these seven markets, DPE and its franchisees operate over 2000 stores. 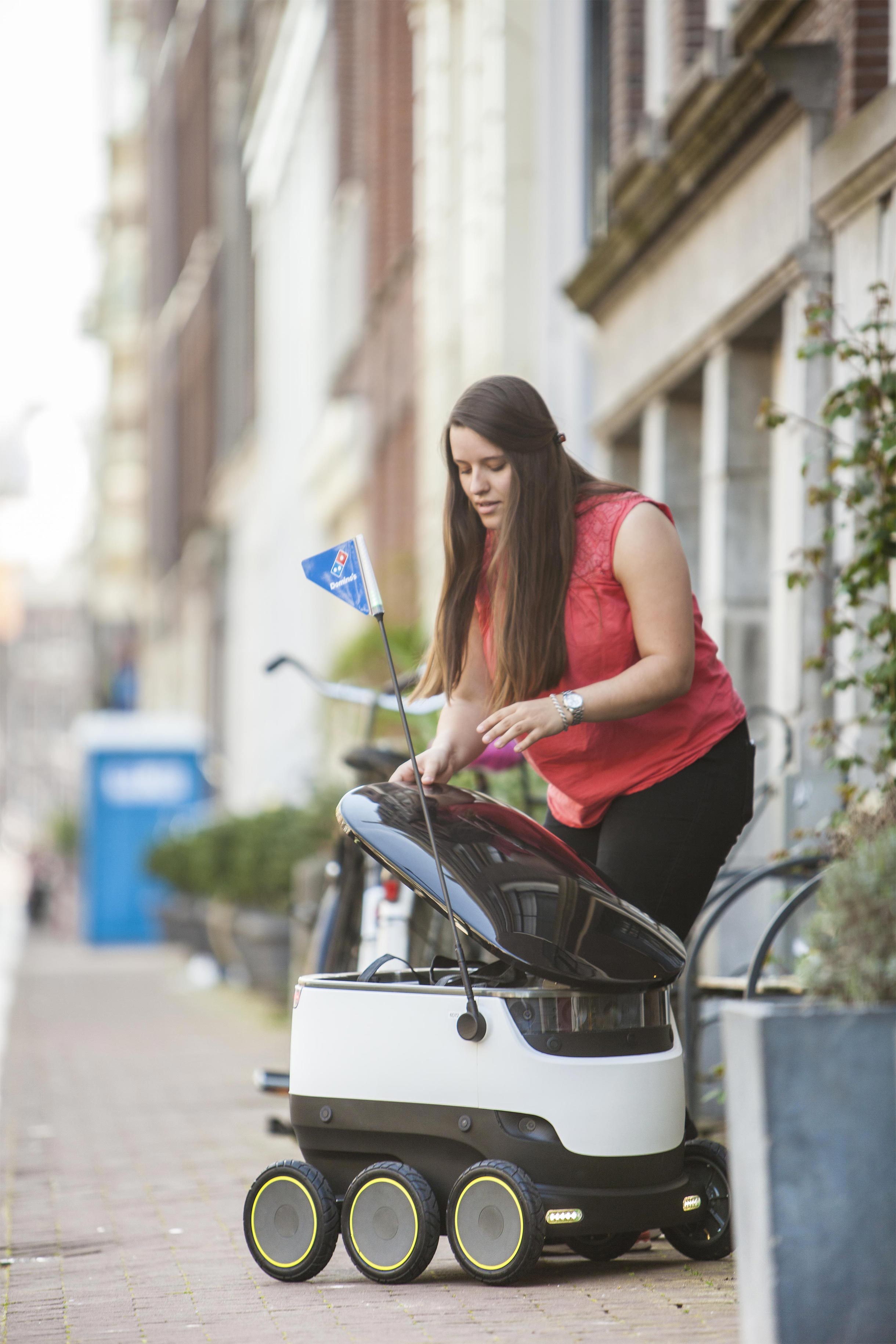 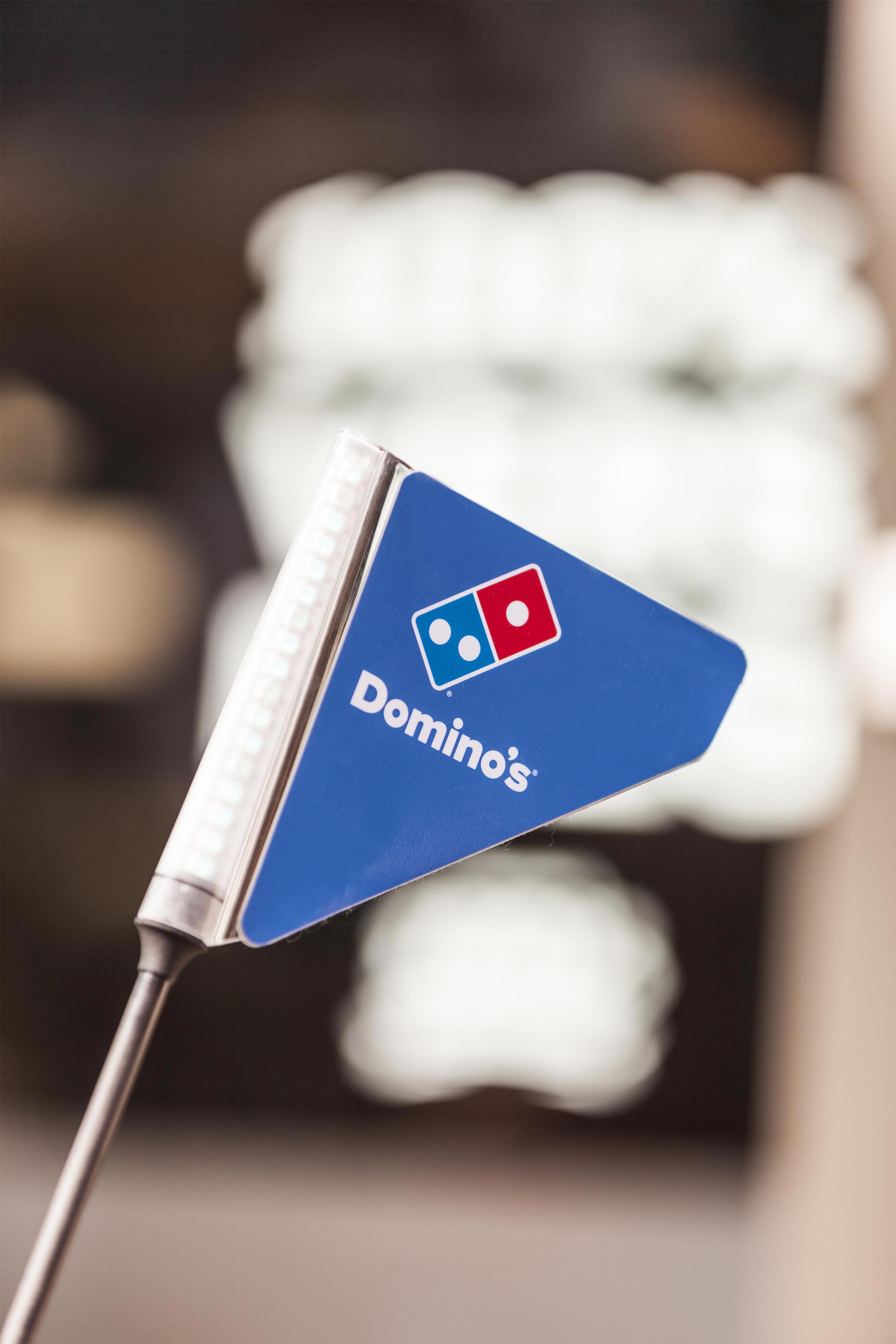 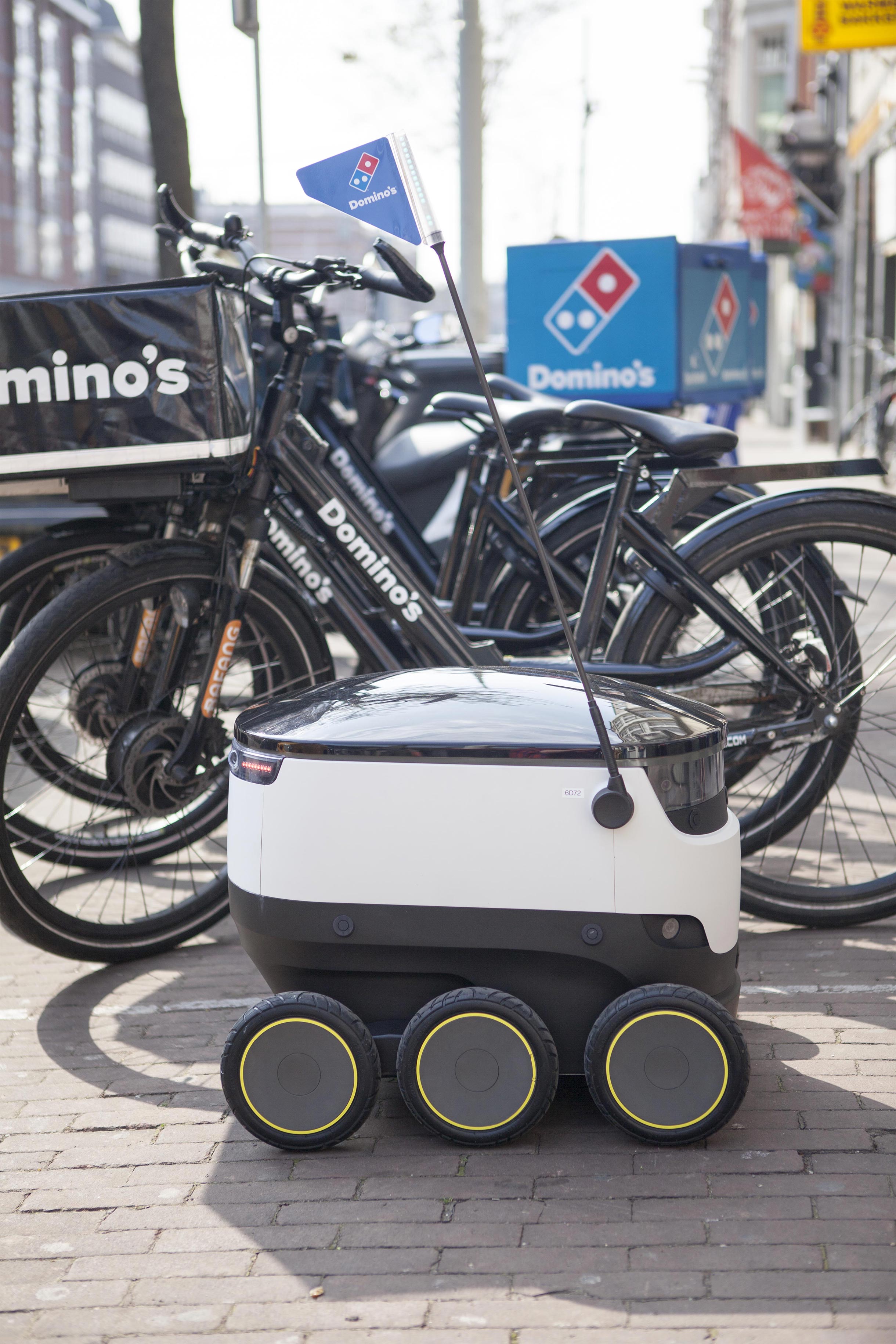 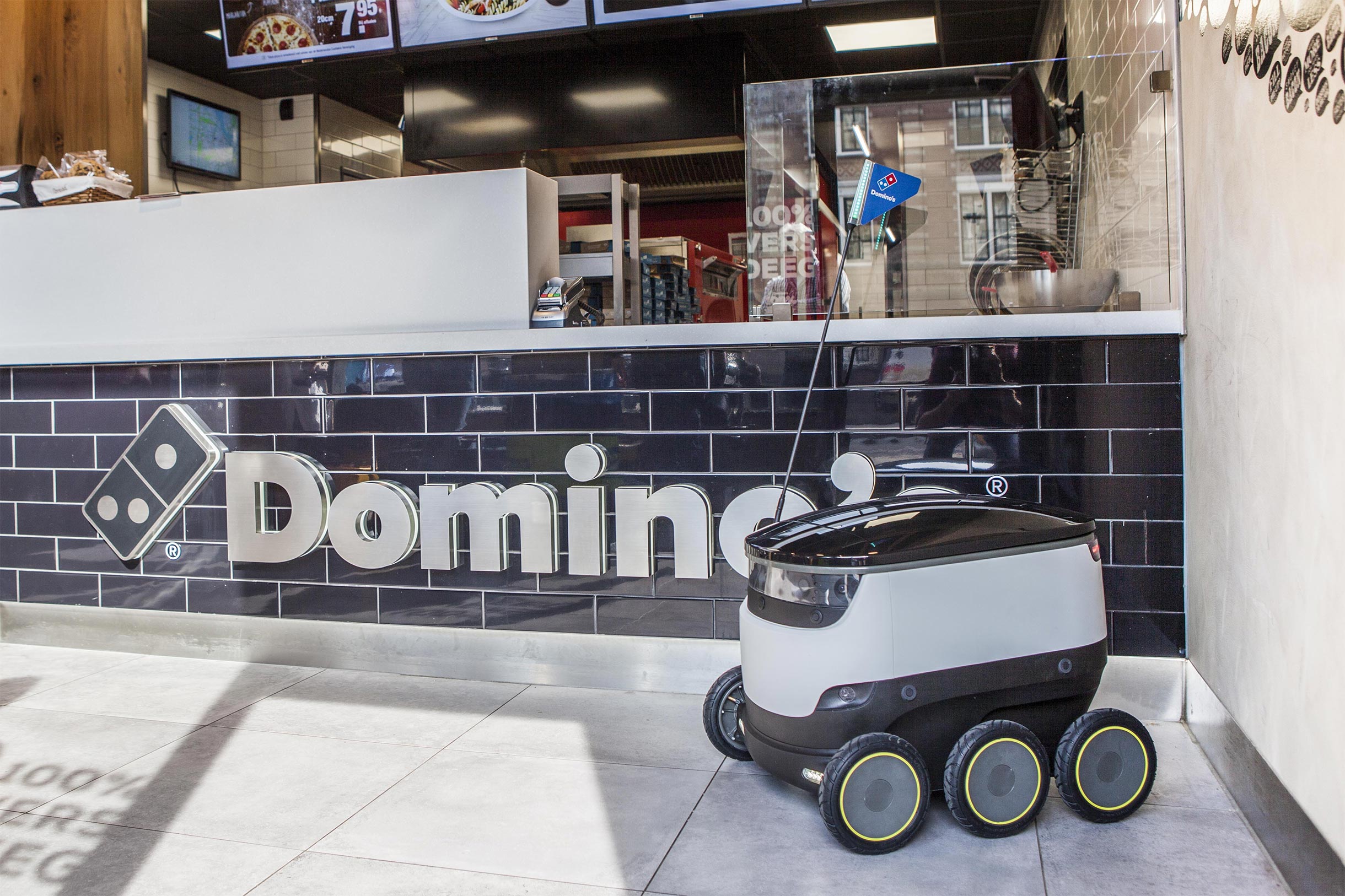 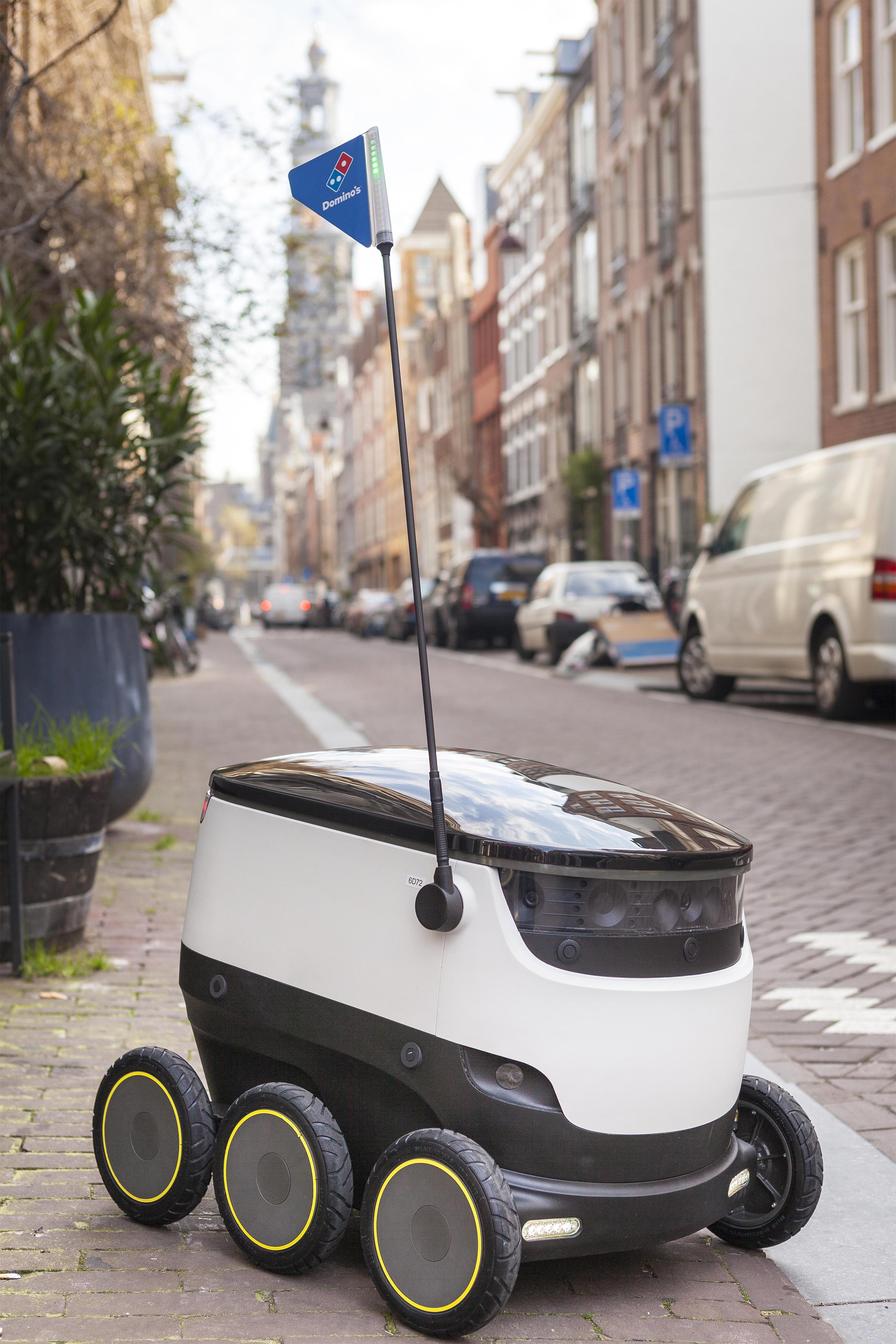 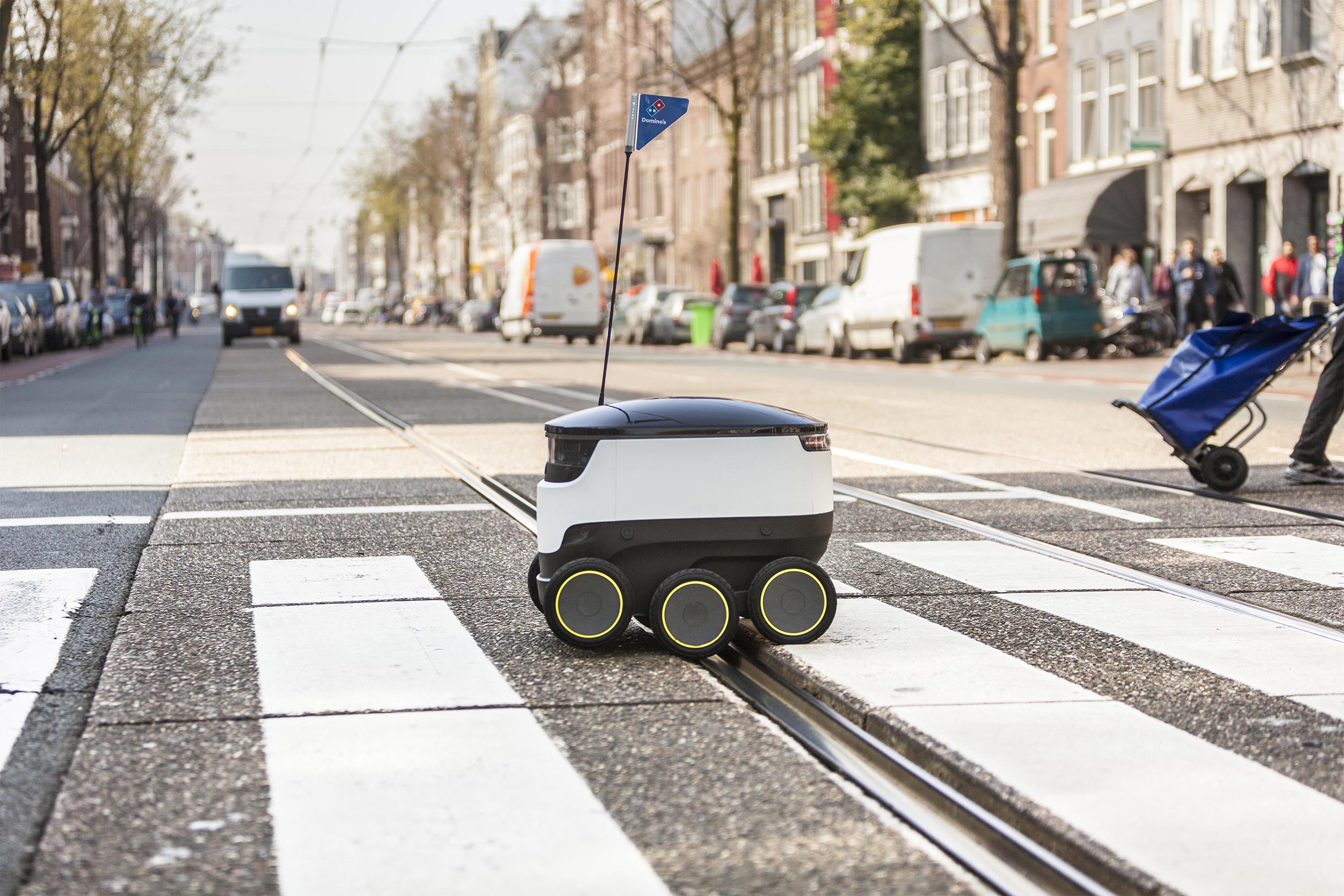