In its first year of testing, the delivery robots have traveled 10,000 miles and completed over 500 commercial tests with partners worldwide

Starship Technologies, the leader in the emerging industry of self-driving delivery robots, is celebrating its first year milestone of testing on public sidewalks. Since Starship Technologies’ market introduction one year ago, the delivery robots have come in contact with more than 1.7 million people in 16 countries and 56 cities and have covered more than 10,000 miles.

“Starship’s testing program is one of the most extensive tests of self-driving technologies in the world. In our first twelve months of testing, the delivery robots drove roughly the same amount of time as Google’s self-driving cars in their first year,” said Ahti Heinla, CEO of Starship.

After one year of testing, the results show that the overall perception of the robot is neutral to positive, with 70 percent of people ignoring the robot, unfazed by its existence. The surprising realization has become one of the foundations of success for public acceptance. The remaining 30 percent have positive reactions, occasionally stopping and asking questions with Starship’s robot handlers.

“Public acceptance and positive social engagement with the delivery robots are incredibly important to us,” said Allan Martinson, COO of Starship. “From our 10,000 miles of testing the robots have experienced thousands of different interactions with the public. We’ve seen everything from children trying to feed our robot bananas, to an elderly gentleman asking if the robot can walk his dog! Most important above all else is we’ve found the delivery robots have been accepted by humans.”

Encountering hundreds of thousands of different real life scenarios, the robots have become well accustomed to obstacles and unpredictable pedestrian movements. “We are analysing terabytes of data each month to develop algorithms for safe and intelligent driving” said Kristjan Korjus, Head of Computer Vision and Perception at Starship. Narrow sidewalks, busy streets and high curbs are all managed carefully to ensure a successful delivery. This intensive learning over the past 12 months has enabled the delivery robots to become the safest in the world.

Throughout its inaugural year of tests, Starship Technologies has launched commercial deliveries in the UK, Germany and Switzerland with partners JustEat, Hermes, Metro Group, Swiss Post, and Mercedes-Benz offering robotic delivery for the food, grocery, medical and parcel industries.

Starship Technologies is building a fleet of autonomous robots designed to deliver goods locally in 15-30 minutes within a 2-3 mile radius. The robots drive autonomously but are monitored by humans who can take over control at any time. Launched in July 2014, by two Skype co-founders, Ahti Heinla and Janus Friis, Starship is changing the way parcels, groceries and food are delivered. Starship Technologies is a European company with Business headquarters in London and R&D headquarters in Estonia. 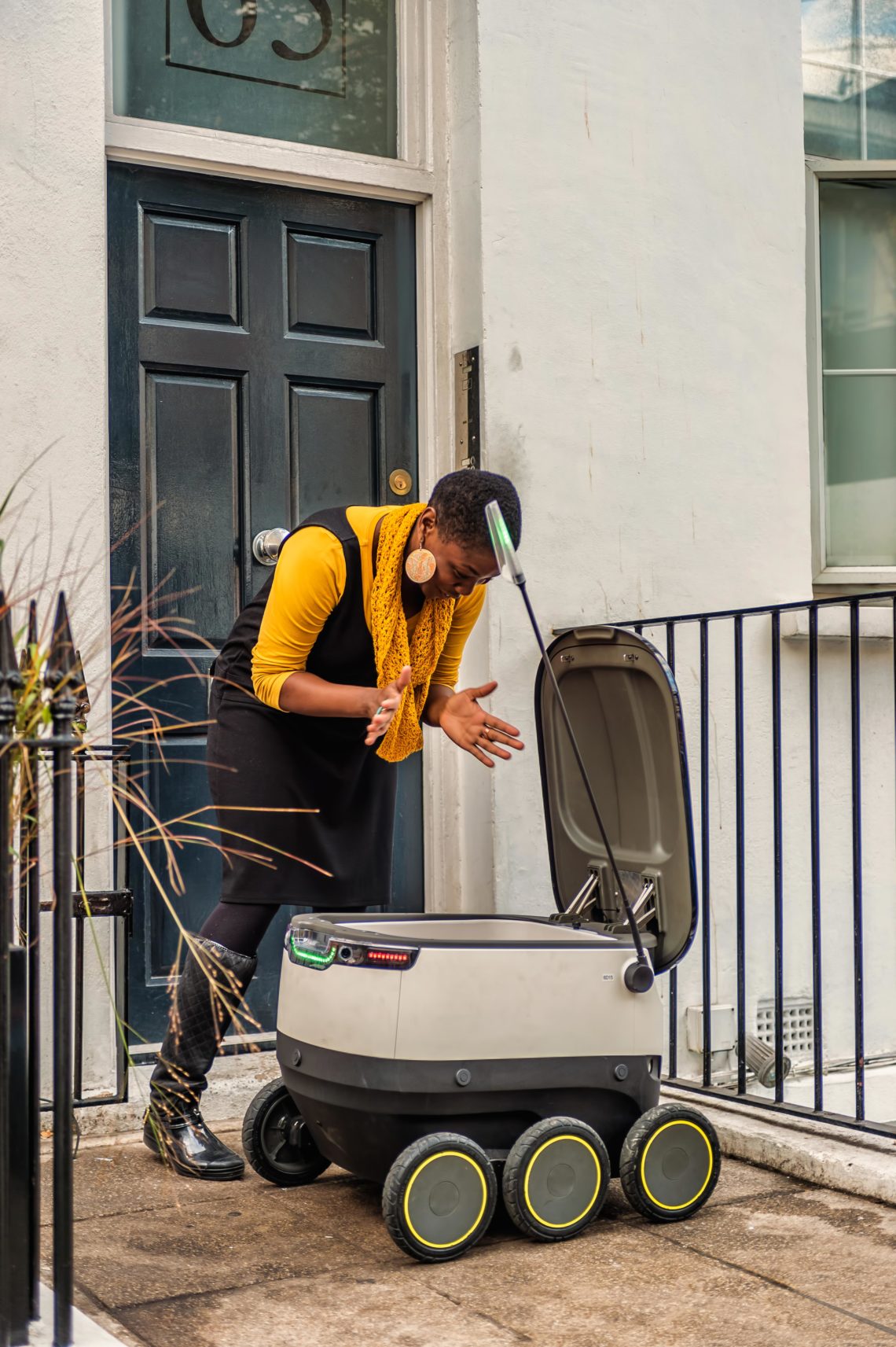 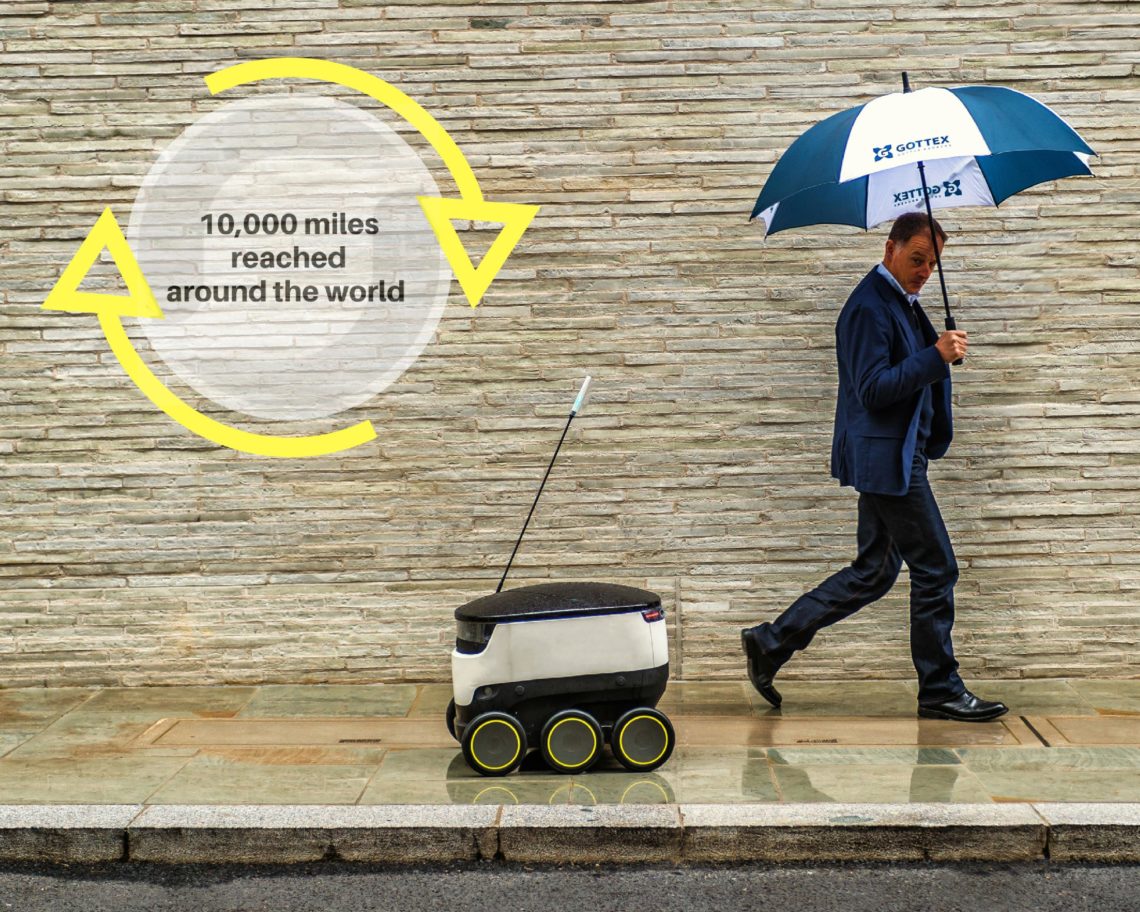 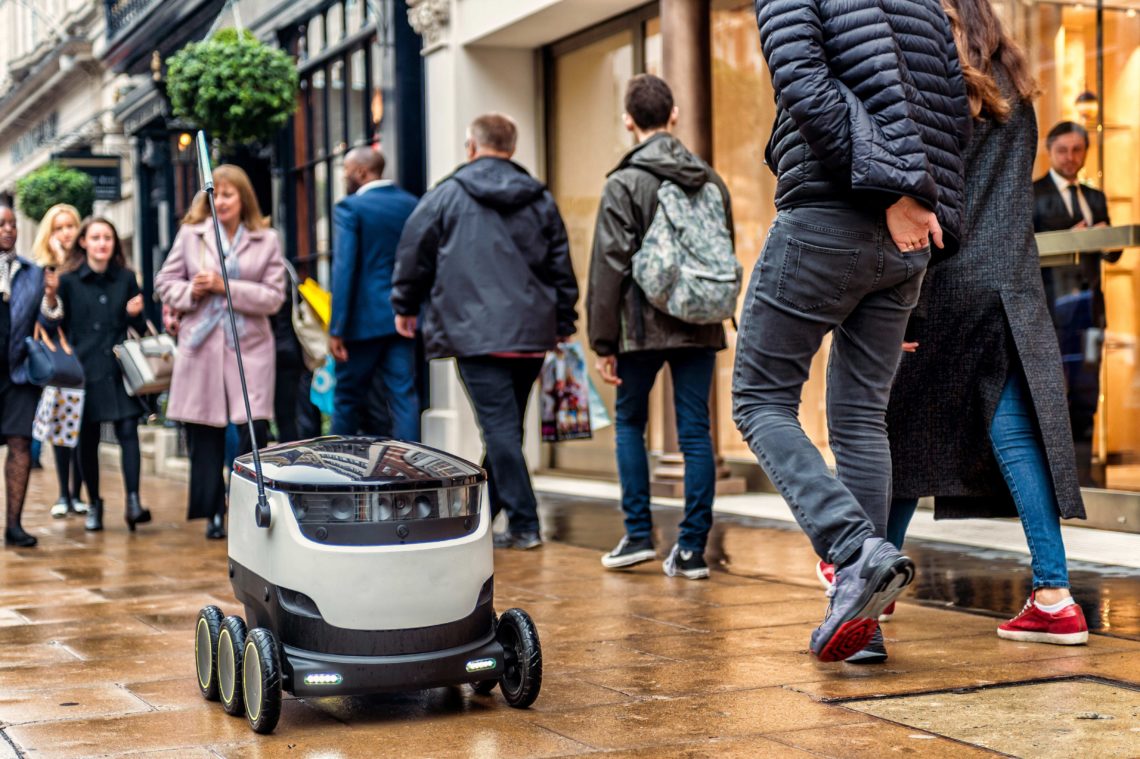